Choreographies
Press
Contact
Sweet and Tender Collaborations
To absorb an image and apprehend it – this is how one might term the challenge presented to the viewers that are cordially invited to enter Jenny Beyer's auditorium.

In her work, Jenny Beyer adopts an iconographic gaze to explore choreography as a medium for receiving and producing images. As a medium of cultural history, the image challenges Jenny Beyer to direct her attention to imagery as a reproduction and mirror of the world, and to look beyond its mere depiction. Likewise, ALL (Universe in German) points its focus towards the influence of cultural imagery on dance. From this perspective the piece probes two eras of imagery, both of which are relevant to the debate about the representability of the world: the art of the Baroque and contemporary press photography.
The point of departure for the development of the piece ALL was her examination of the spirit of the age in Baroque and Mannerist art, the mood of uncertainty created by the discovery of the solar system and the attendant collapse of the Biblical worldview – and in the midst of this, the Baroque subject who with the aid of art attempted to make sense of the world. Wave machines, planets, hovering clouds: in the Baroque Theatrum Mundi all living and no longer per se real phenomena appear before the eyes of the audience. Then, not only is the world but also art is drawn into a swirl. Charged with this conflicting feeling of insecurity paired with a sensation of being overwhelmed, ALL goes in search of new realms of speculation and reflects on what present-day “world theatre” might look like. The question since Plato concerning the nature of an image and the purpose it serves is also addressed by ALL: its choreographic material was generated through reflection upon and in response to imagery. The issue central to the choreographic work in Jenny Beyer’s latest production is not “what is an image?” but “how does one deal with an image?”. 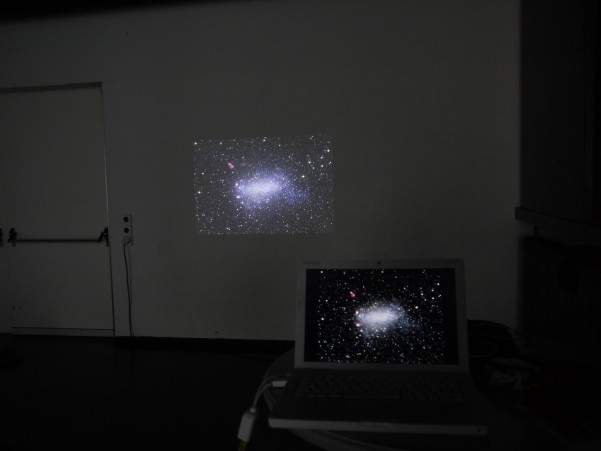 During Sweet & Tender for the End of the World Jenny Beyer introduced a practise of meditating on images. She tried different set-ups with audience as well as with performers. For excample: watching projected images for 10 min, closing eyes for 2 minutes, moving for 20 minutes (option to leave the eyes closed while moving). As images she used photos of people, the universe, animals, architecture and enviroment. She was looking for images that were documenting aspects of the world and that were not staged. She has been using image meditation during the process of "All" as a practice to confront ourselves with the images that our world creates and to find the movements that this images can evoke. Almost all movements of the choreography are generated with the help of image meditations.
ALL Lecture, 07.08.2012, Dampfzentrale Bern

This lecture on science and the baroque Theatre de Mundi Jenny Beyer held as a preparation for the project at a symposium in the context of Sweet & Tender for the End of the World at the Dampfzentrale Bern. To listen please click on the sound file below:
Image Meditation:
Image meditation during Sweet & Tender for the End of the World August 2012 at the Dampfzentrale Bern
concept/choreography: Jenny Beyer | dance/movements: Antoine Effroy, Sayaka Kaiwa, Matthew Rogers, Nina Wollny | light: Sofie Thyssen | music: Jetzmann | costume: Gesa Troch | dramaturgic advice: Anne Kersting, Igor Dobricic | production: Sabine Jud | assistance: Solveigh Palett

photos: Simone Scardovelli
"In aestetic, composition and pathos the choreographer cites also stile elements of baroque paintings. She focusses on reduction and offers the spectator- in contrary to the sensational photography of the media- a sort of animation in which the images can be experienced and complemented in their direct contact with the performers. This is Beyer's actual surprising coup."
Klaus Witzeling, Abendblatt, 19.04.2013
Reasearch
Deutsch
Teaching
Video 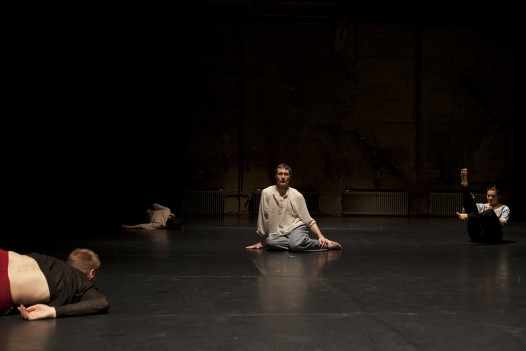 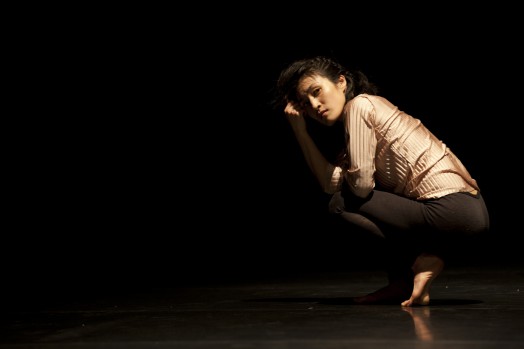 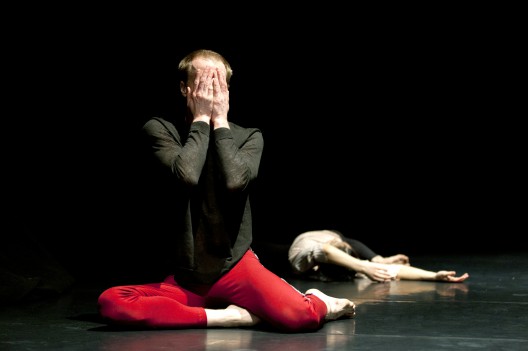 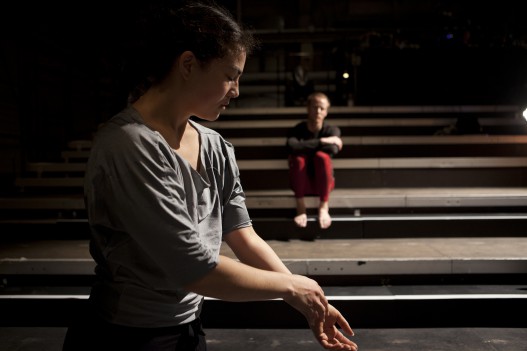