Choreographies
Press
Contact
Sweet and Tender Collaborations
Relation between the spectator and the moving/dancing body is one of Jenny Beyer`s persistent interests. She was always curious about the conventional reputation of the spectator as the one who is, from a fixed position of passivity evaluating/consuming the action of the performer on stage. How accurate is this widespread perception really? Aren't we, both on and off the stage, fixing ourself in such preconceived binary positions : active/passive, observer/observed, consumer/product, etc, without considering the ambiguous, paradoxical "border zone" in which encounter between two sides is taking place. Isn't it after all that, ideally, theatre itself should be such a zone, a plane of an intimate encounter where roles are by necessity in a continuous process of transformation? And, if such an ideal of theatre is naive and unrealistic, why is that? What is preventing us from fulfilling it?

In an effort to find new answers to these old questions, in 2014 Jenny Beyer embarked on a three year choreographic journey. Her intention is to bypass mutual assumptions by developing studio based practice of getting into direct communication with potential spectators. Therefore she started in October 2014 a series of OPEN STUDIOS. In these OPEN STUDIOS she invites potential audience members to participate in the creative process that is leading to the production of a piece. Her hope is that such a studio practice will inform and affect the outcome of the work in such a way that will bring dance and audience a bit closer to one another, if not physically than at least in spirit.

The first piece of the trilogy LIEBE premiered in May 2015 and is investigating possibilities of proximity and touch (both in literal and metaphorical sense) between spectators and dancers. The second piece GLAS was premiered in February 2016 and put the dance again into the distance in order to address the act of spectating itself. It addresses the visual aspects of dance and isis based on the question of what we see, when we see dance. The third piece FLUSS was premiered on the 29th of November 2017. As a synthesis of the oscillation between near and far FLUSS, the final of the trilogy, is looking for movements of spectators and dancers in a common space. What happens, if dancers and spectators share a space equally. Is that even possible in theatre and if not, why not?

u
Teaching
Video
New funding for DAS OFFENE STUDIO: For the next three years Jenny Beyer will receive a structural funding that will support her open studios as a continuous laboratory for encounters between audience and dance. In order to receive a personal invitation please write to: jb-stueckliesl@gmx.net 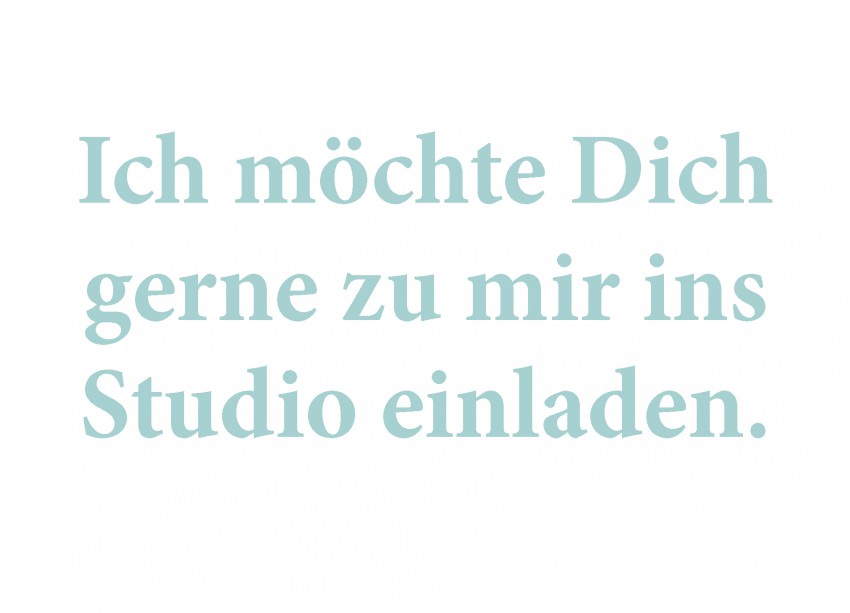